RUNNING SHOE TYPES: AN ATTEMPT TO DE-MYSTIFY in Leavenworth

No, this is not the sound of Snoqualmie avalanche control, it’s the sound your legs would make if they could talk (or scream!) during a run. Studies have found that the energy transmitted from impact during running can be up to 8X bodyweight! The only things between your body and the ground are your shoes and socks, and we tend to see a high percentage of runners who develop pains and injuries, so maybe we should give those shoes a little thought. Our Leavenworth physical therapists can give you the help you need, contact us today!

First, let’s talk foot types. An easy assessment can be made by looking at your footprint when you walk barefoot in the snow. Or maybe out of the shower. This avoids frostbite.

For simplicity, we talk about 3 types of foot:

High-arch: There is a distinctly curved footprint, with very little connection line between the heel and the ball. This is a high-arched and likely stiffer foot.

Flat-foot: wide and straight, a thick line from heel to ball. Picture Fred Flintstone and his feet, and you have a flat-foot type in mind.

“Normal”: This rests in between the two types, with a small line from heel to ball present. Arch is present, but not excessively high, and the foot is mobile and stable. Even though this is called “normal”, only 3 known people on the planet seem to have this foot type. The diagram below gives a good idea of footprints of these 3 foot types.

Now, let’s talk about the 3 main traditional types of running shoes (cushion, stability, motion control), and who may benefit from them, followed by descriptions of 2 new classes of footwear that are gaining traction (minimalist, low-rise), pun intended.

Cushioning shoes’ main function is to provide shock absorption and little support. They're typically best for runners who are mild pronators or supinators. This usually corresponds to the foot type that is more high-arched, and stiff. Running form is best described as “neutral”, without excessive pronation/supination.

Stability shoes help slow down pronation. They're good for neutral runners or those who exhibit mild to moderate over-pronation. They often have a “post” or other structure built into the shoe for support. Foot-types that benefit from this traditional shoe type are flat to “normal”.

Motion-control shoes are usually straight and have much beefier offer features such as stiffer heels or a design built on straighter lasts to counter overpronation. They're best for runners who exhibit moderate to severe overpronation.

2 new classes of shoes are “Minimalist”, and “Low-rise”, and this is where things can become even more confusing.

Minimalist shoes typically have little cushioning, very little support, and are meant to allow your foot to move freely and naturally, while enclosed in the basic protection of a lightweight shoe. Some are considered more "barefoot-mimicking " than others, with soles that only provide the bare minimum in protection from ground hazards. Many have no cushion in the heel pad and a very thin layer (as little as 3-4mm) of the shoe between your skin and the ground. The thinking, further, is that by allowing your foot to move as if it were barefoot, you will properly use the muscles and joints, and adjust your stride to the most efficient pattern for you. A well-known example is the Vibram Five-fingers line of shoes.

Low-rise, (or ramp) shoes provide a flatter foot position within the shoe. If you split a running shoe cleanly down the middle, and measure how thick the padding is under the heel and under the forefoot, a traditional shoe will often have 12mm or more difference in height.

Low-rise shoes on the market are usually 6, 4, or 0 millimeters. The thinking behind this design is that if the heel pad is much thicker than the forefoot, it will encourage the heel to hit the ground sooner in the running cycle, thereby raising the impact forces and stresses up the leg.

A lower rise is claimed to promote a more natural landing on the mid-foot, allowing the forces to be dissipated. To further muddy the picture, however, a minimalist shoe will have zero or low-rise, but all low-rise shoes are not necessarily “minimalist”, as they can have substantial padding. The main feature, in other words, is the rise. (See the Hoka One One brand for an example of low-rise, but high padding. Definitely NOT minimalist!).

Hoka One One's: Low-ramp, but NOT minimalist!

As therapists, we embrace the idea behind letting our body function as naturally as possible, so minimalist and low-rise shoes make sense on the surface. The other reality, however, is that while it is true that "none of us were born wearing shoes", we often go through a lifetime walking in them on man-made surfaces. So it has been a long time since our feet worked as if they had been un-shod, and many people have had some loss of structural integrity of their arches, their joints, and even their muscles and tendons as the years add up.

We often see injuries when people embrace a new form of footwear or run too quickly for the body to adapt. So arch, heel, and Achilles injuries are common when people switch strides and footwear.

Most major brands now make a host of shoes in each “traditional” category, and are more are adding “minimalist” and “low-rise” models as well. Having a pro check your foot type, and running form can go a long way in determining what foot you possess, and which shoe type is ideal for you. Also, learning to gradually and safely build into a new routine ensures the best chance of success without injury. Everyone here at Mt. Stuart is a runner, as well as a biomechanical expert, so if you need help, give us a shout, and help quiet the Boom! Boom! from your legs! 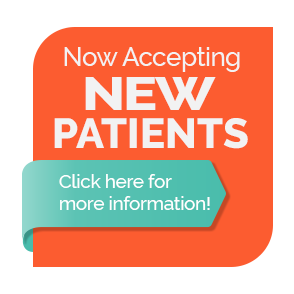